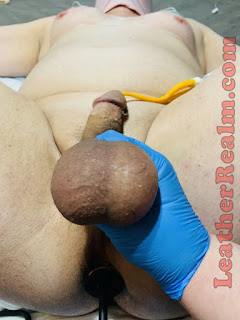 As sissy tammy entered My door, I was excited to examine those bits between her thighs that I had injected with Everclear 3 weeks prior. After restraining her wrists and slipping her feet up into the stirrups, I inserted a catheter to take control over her bladder and connected the breasts pumps to her chest. As the breast pumps were expanding the skin upon her chest, the IV sets were connected to the bags of warm saline and I prepped the lines. Soon the breast pumps were removed and I inserted the winged needles into her chest, just above the nipples and began the infusion. 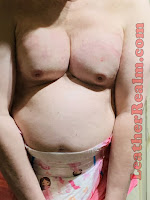 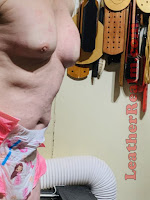 After finishing the examination, I amused Myself by fucking her sissy cunt. When both bags of saline were empty, I had created a sexy set of D cup breasts that looked fabulous in the little black bra that she wore. Of course before I released her to go home, I placed a Pink Princess diaper on her and removed the catheter bag from the catheter so that her bladder constantly would drain into the diaper all the way home. Just before she left, she was instructed to wear the diaper with the catheter till later that night when she would be allowed to remove the catheter with a syringe since it was a foley. Can you say extremely wet diaper? <wicked giggles>

Yes, I have videos to share down on My video gallery.