The Nurse is in... with sissy slut terry. 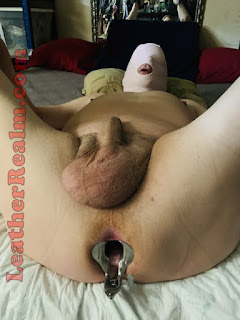 When My patient, sissy slut terry entered My office, I soon began to strap him down and spread his legs wide to insert My speculum into his sissy cunt. After that cunt was ready to begin, I used a cylinder with pump to create a prolapse. 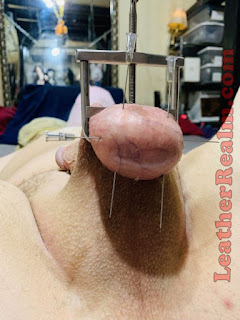 After violating his sissy cunt for a while, I placed those balls between his thighs in a vice to stretch them up high and totally exposed them. Soon, I began burning those exposed balls with a cigarette and using smaller vice clamps to crush the balls before I finally began inserting 4-inch needles thru them. 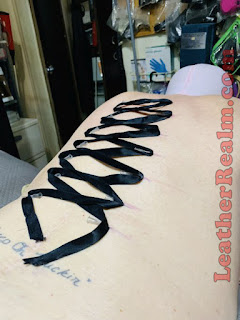 To finish My examination, I created a temp needle corset down his back and a branded My initials on his shoulder. Not permanently but My mark will be on his flesh for a while. <wicked giggle>

Yes, I have video to share down on My video gallery so go take a peek. 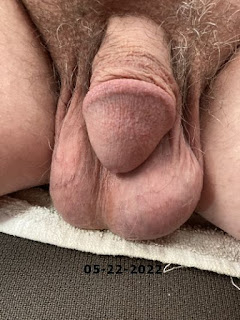 In sub jason's own words:

From two years ago (@ 5-months), sub jason filled out this form with some points of castration experiences made by others.  his answers then, and now, appear side-by-side:

For the first month or so:

You may not physically feel any different, although the internal feeling that something is missing slowly creeps in.

5Mos: Generally true, but the first 2 weeks was masked mostly by organ swelling and regional pain.

1yr5mos: i feel sexually inadequate between my thighs.

Now: i long for that strong feeling between my thighs to return, but it's merely a echo of a memory.

You will gradually lose your sex drive.

5Mos: i had little to none soon after until about 3+ months later. While some has returned, it's still currently low.

1yr5mos: The interest has returned.  The ability to perform has not.

Now: The interest is in my mind but being unable to physically respond is a constant frustration.

5Mos: This was true, but i held myself to about twice a week for release measurement purposes. The urge to know if they were still working was the prominent interest.

1yr5mos: After any release, the desire/interest to do so disappears for at least 2-3 days.

Now: While a release after much of a week of abstaining generates some reasonable fluid output (one to two mostly liquid pulses), it is very short in euphoric reward.  Another release sooner is dribbling and unrewarding.

Past a few weeks to a month:

You will have random hot flashes and night sweats, and they may continue for weeks, months, or more.

5Mos: True, and they continued with slightly less intensity past 3 months, but rare now at 5 months.

1yr5mos: i still feel the occasional random hot flash, and with hotter evenings or more physical activity being the potential trigger.

Now: They are not as frequent as a year ago, but still random, yet tied to physical activity when they do occur.

Your penis will slowly shrink and atrophy.

5Mos: It lost ~20% of it's former erect length, unknown girth loss (erect) in the initial weeks. It has regained about half of what length was lost.

1yr5mos: i have not regained any additional capacity, and achieving that firmness remains an effort.  Where i used to feel it when erections were happening, i now only seem to notice when a semi-erection is retracting.

Now: Only a very minor change noticed since last year.  On some mornings, the hint of a little more thickness sometimes appears, but it is barely noticeable.

Your penis will lose sensitivity, with physical contact becoming more like any other part of your skin.

5Mos: True. It has since regained some sensitivity after 3+ months, but not back to what it was.

1yr5mos: The sensitivity level is about the same as it was a year ago and affects my ability to become and stay aroused.

Now: i remain about the same as a year ago, with the ongoing erectile dysfunction / lack of sensitivity / inability to remain erect.

As your testicles atrophy, you will lose most of the sexual feelings once centered in your groin region.

5Mos: It had produced a void feeling in the region soon after, for several weeks, which dissipated to neutral and a slight recovery after some hormone production rebounded near 3+ months.

1yr5mos: Some additional feeling has returned, along with interest, but it has not translated into much additional functionality.

Now: The drive, or strength, that once emanated from my groin remains absent, with no notable improvement in the past year.

Your testicles will lose mass, and your scrotum will shrink.

5Mos: They lost ~50% in volume and have only recently regained a small of that amount back.

1yr5mos: Although volume measurements indicate to a return to low-normal human size, visually they are only about 2/3 their former size.

Now: Measurements have stopped as their relative size remains about constant to what was about a year ago.

Erections will become less firm, then weak, until they become impossible to achieve.

1yr5mos: i remain unable to gain and maintain any erection without physical stimulation, and it's quality remains reduced.

Now: Other than the minor thickening noted on some mornings, nothing else has improved with my erection without the use of an enhancement pill

M/F sexual dysphoria will be reduced.

M/Eunuch sexual dysphoria will be reduced.

You may experience more emotional episodes.

Longer Term: COVID isolation protocol has made some of this difficult to directly attribute.

You may lose upper body muscle and strength.

You will likely gain abdominal fat.

No change in weight @ 2+ months, but heavier at 5 months and more so a year later due to world events (COVID) and reduced physical of activity.  i remain heavier, and find it difficult much of the time to motivate to get the extra exercise needed to take it off.

You will stop looking at women within a sexual context.

5Mos: This was true particularly during the 1–2-month period. Due to a lack of being able to sexually perform, there is reduced interest.

1yr5mos: The interest has returned, but my perceived inability to perform deters me from pursuing.

Now: What was once a natural activity to engage and potentially explore is no longer natural in execution, with my sexual failure (if events were to get that far) all but certain.

Did not occur, although slowing of baldness process may have happened.

You will feel as if you are asexual.

Female breasts may develop over a period of a couple of years.

i filled out MsPatty's First Contact questionnaire over 6 years ago. i listed an interest in castration fantasy, which MsPatty was quite pleased to learn.

Over the course of the next 4 years, that fantasy was explored in different ways, with attempts at incurring deeper effects interspersed over many visits.

i hinted during the Fall lead up conversations to December 26, 2019, that maybe the Everclear from two years prior might play a part, and MsPatty carpe diem.

i experienced the loss of all testosterone production as a result of the hour banding, and the effects of castration, as She planned.  The effects the Everclear, used together with the banding, have since proven to have a devastating long term effect.

As a result, MsPatty remains thrilled that i continue to struggle with low testosterone, and the frustration of sexual inadequacy.  Although there has been small gains in most every quarterly testosterone tests since, it is obvious approaching 2.5 years later that my castration fantasy became much closer to reality.

i am not technically castrated, as i can, with focused effort or a pill, get hard, and be driven to release semen.  It remains possible now only at much longer than common intervals.  There is less enjoyment for the effort involved, and my chances of successfully engaging another woman in typical sexual intercourse are extremely remote. 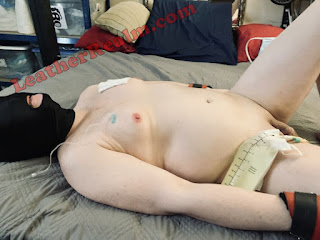 My Saturday with sissy tammy began with pumping then infusing 250ml of saline into each breast. Yes, I created a beautiful set of C-cup breasts. Soon, I took over her bladder by inserting a foley catheter into her. 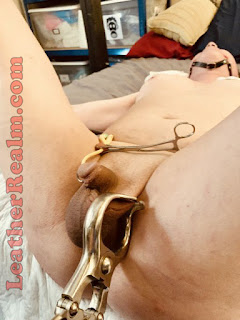 After creating those luscious tits, I restrained her down tight and shoved a ball gag into her mouth then clamped the catheter to prevent her bladder being emptied. Legs spread wide and totally helpless, I brought out My burdizzo. Quickly, I found one of the spermatic cords that leads to the testicle... 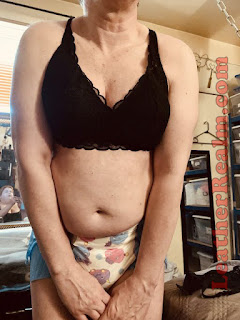 When I had finished with her just before removing the restraints, I placed her into a diaper and removed the clamp from the catheter. My final instructions were simple, keep hydrated to keep the breasts I created for as long as possible and do not remove the catheter nor diaper till late that night. I'm sure that 6-hour car ride was a very wet one. <wicked giggle>

Yes, I'm in such a lovely mood that I have video of using the burdizzo down below on My Video gallery.

This summary is not available. Please click here to view the post.
Posted by Cruel Mistress at 10:30 PM 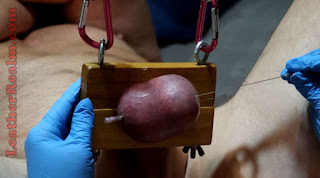 Soon after I finger fucked that bitch hole between his thighs, I began working open his ass till I stretched and filled it.

To finish our time together, I used 22g x 4-inch needles to skewer and penetrate his balls. The cherry on top was birthday candles attached to the needle hubs that I finished our time together by making a wish. <wicked grin>

To say the panties was juicy from our time together is an understatement.

Videos from My time with him has been posted to My Medical Fetish Video Gallery.

Posted by Cruel Mistress at 4:38 PM