An Afternoon with Sissy j... 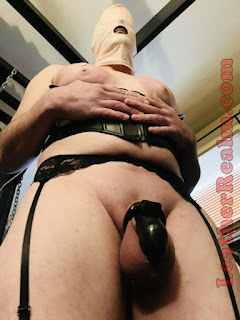 Two weeks prior to our time together, sissy j was locked in chastity. Almost daily, he would text to tell Me how frustrated he was and tired since he was constantly being woke up at night from erections. I absolutely loved hearing how much he was suffering. 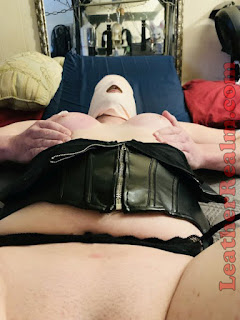 After using the breast pump, I began infusing his very flat breast with saline. As the saline flowed, I also began violating his tight sissy cunt. By the time I was finished, his sissy breast was filled with a total of 850ml's of saline producing perky C-cup breast. <wicked grin> 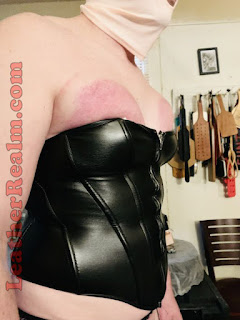 Before he left, I used My key to remove his chastity device. Yes, those bits between his thighs were locked up tight during our entire time together. <wicked giggle>